A Fool and Her Bacon Are Soon Parted, but Eventually Reunited

After the piglet escape fiasco of 2013 (see http://cottonhillfarm.blogspot.com/2013/06/the-swine-are-fine.html), I was trepidatious about getting new piglets this year. But in our imminent incarnation as a licensed dairy, we'll have a lot of whey, and someone's got to consume it. On May 5th, our friend Farmer Josh delivered two tiny piglets. We drove them up the hill, and Farmer Fin dropped them into their pen, securely ensconced in brand-new, fully charged electric netting.

They sniffed at the fence, registered a bit of pain, and proceeded under it, and then under the lowest high tensile wire on the pasture's perimeter fence. We stood there wincing, and the piggies were gone. After a pathetic hour of searching the woods, Josh advised us to leave some hay for bedding and a few piles of dried corn around the area where we wanted them to be, and he took off.
My hopes for their return were not high. A few days later, a neighbor in a pickup truck pulled in to the drive while I was milking in the shed, and informed me that he'd seen two little piglets on the road. Great! They were back.

Two weeks of intermittent piglet sightings followed, and then last week, they took up residence in the apple tree grove right behind the house. They seemed to really enjoy milk and hanging out with chickens. The pigs followed our (also unreliably fenced, bad farming!) flock around as if that were a good idea; they trampled the chicken fence to roll in gross chicken mud and nibble layer pellets, and trailed the chickens all over the yard.

Farmer Fin and I are terribly busy these days. The pigs were overturning buckets, breaking garden beds, and rooting up lawn in their obsession with the chickens, but we really couldn't get to it until the weekend. Finally, on Saturday, May 24th, nearly three weeks after their escape, we captured them. 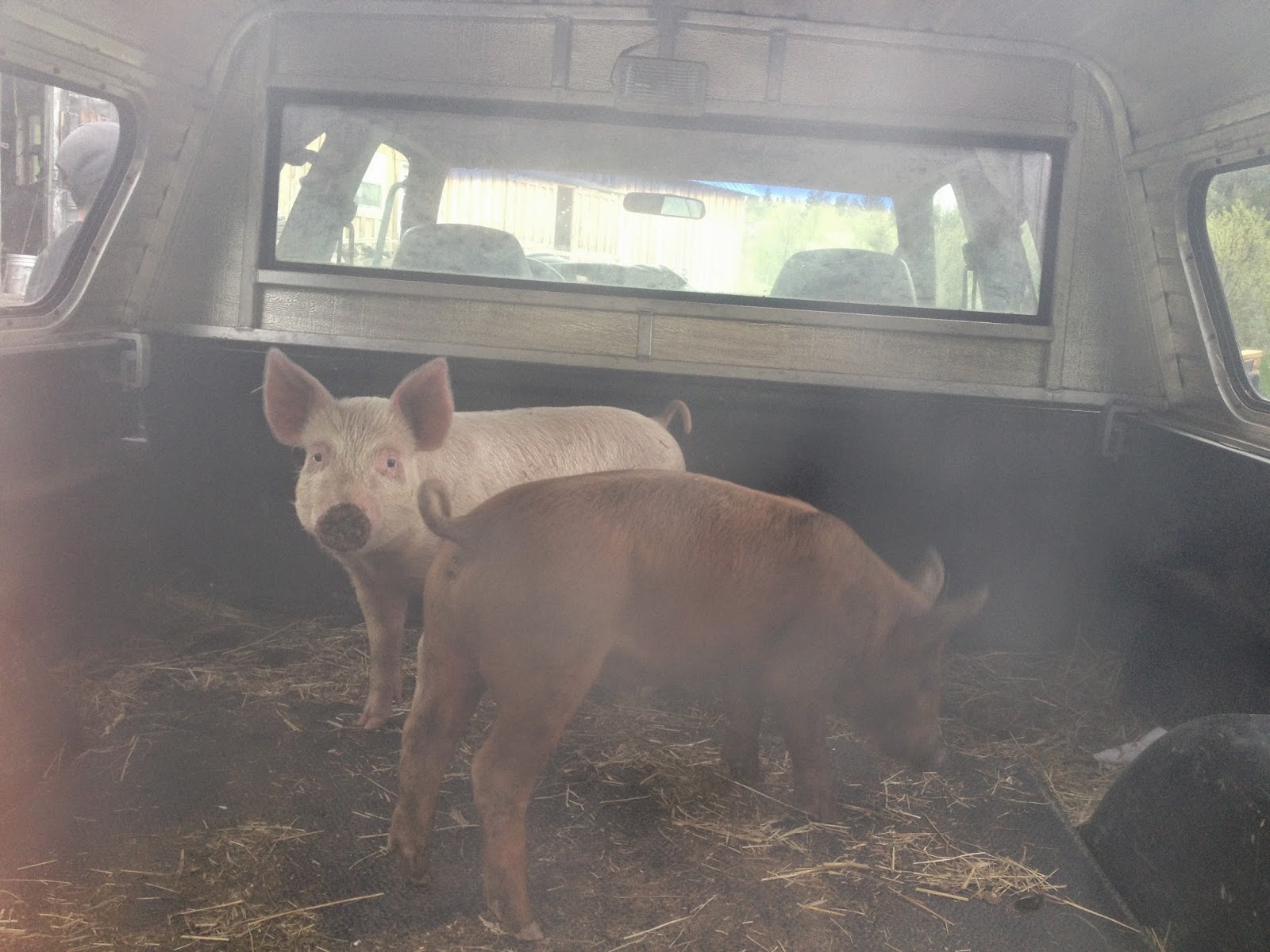 It took a whole morning and then some, but thanks to Farmer Fin's catlike reflexes and our slightly superior intelligence, Kim and Kanye are finally within the fence line. They seem pretty comfortable in their hilltop pig pen. Hopefully they'll stay for a while. 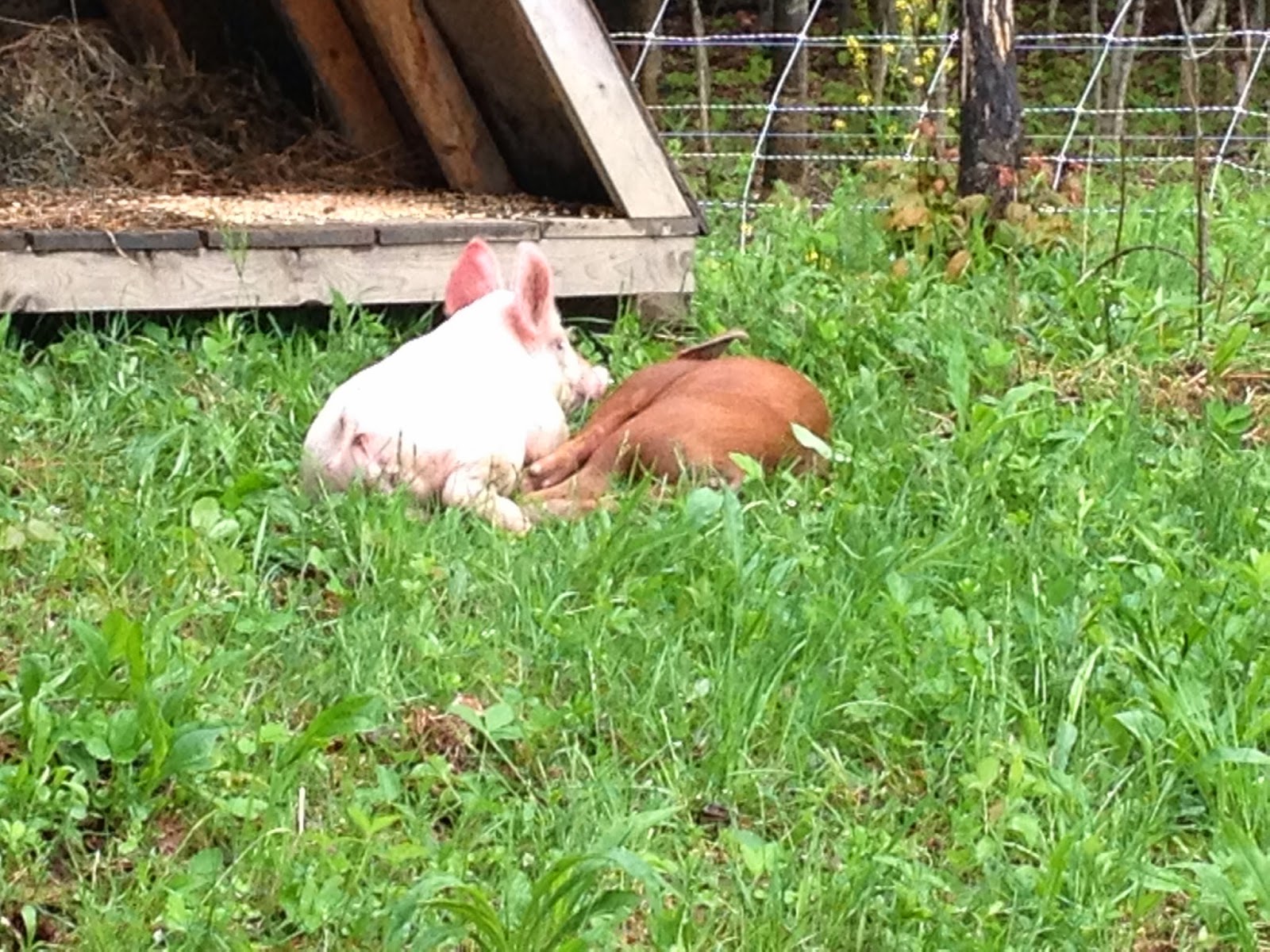 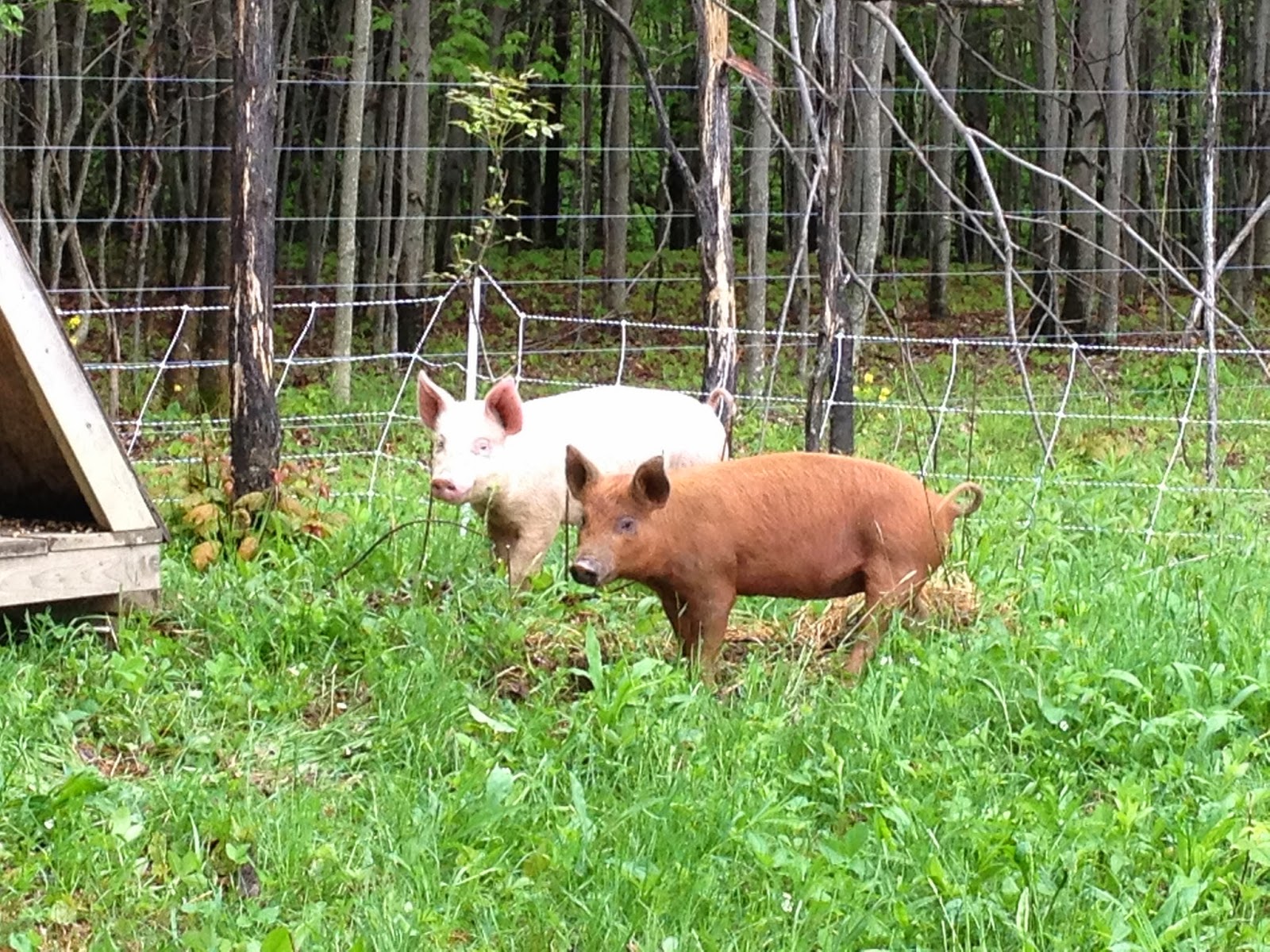 Now we have several months to figure out a more secure piglet home for next spring.