Memorial to An Unlikely Farm Dog

In October 2008, a compassionate vet tech named Bobbi discovered an emaciated pit bull tied up outside of a smoldering trailer in a junkyard near the clinic where she worked in Newburgh, NY. She knew she had to rescue him, so she racked her brain for someone who might take him. She remembered a former co-worker who liked pit bulls, so she called him first. As it happened, he had just bought a house in the country and was looking for a dog.

The next day, she approached the abandoned dog, tossing cans of cat food his way until she was close enough to touch him. He let her untie him and take him to her office, where he was neutered and vaccinated in preparation for his new life. He was severely underweight, dirty, and spotted with burn marks from the fire, but he wagged his tail whenever he saw his rescuer.

The man Bobbi called was Farmer Fin, and the dog, whom we named Bird, became our companion for almost seven years. I want to tell you all about him while I can still remember all the details: the way his paws smelled, the feel of the fur on his face, the sound of his dream barking, his patience and sense of humor. He was so sweet and beautiful and funny, and I will never forget him.

We took the dog home just a few days after he was rescued. At the time, we had a really mean cat named Max. When we walked in the door with the new dog, Max greeted us, standing up on his hind legs to put his front paws on the dog's shoulders. Max liked Bird more than he liked us, or anyone really.
Only a few days after we got Bird, there was a freak October snowstorm. Fin was at work in New York City, and Bird and I wandered around the property in the snow, both of us getting to know the place and one another. The power went out that night, but I felt safe with my new friend.

That first year or so, Bird, who was already four or five years old, revealed his personality and became part of our family. He was eager to please and liked a good walk, although he would take off at amazing speeds when he saw a deer, squirrel, or any other animal; I once pulled 48 porcupine quills out of Bird's face. At our wedding, Bird was sequestered in our bedroom upstairs, but we learned that he loved children when we found my cousin's four-year-old daughter snuggled up in Bird's bed with him at some point during the afternoon.
At first, Bird did not really know what to do with toys or treats. I don't think he had ever had his own toy before. Every toy he ever had, except maybe a frisbee or two, we still have because he treated them so gently. Dog toys were also Bird's artistic medium. We would come home sometimes to find that he had arranged two or three toys in a pattern, different each time. He loved to chase a frisbee, stick, or ball, but was terrible at playing fetch because he refused to relinquish the object he had caught.

Bird was a heat miser. In the summer, he was content to sit out in the sun for hours. He spent winter evenings curled up by the fire, front paws on the hearthstone, often with a cat or two snuggled up beside him. We had to chastise him for letting the cats take over his bed.
Bird liked the cats, and besides the bed stealing, they did not take too much advantage of this. He was calm and tolerant around our chickens, too. He was volatile around dogs his size or bigger, but he loved small dogs. His best friend was a little snaggle-toothed bichon frise named Charlie who belongs to our friends Brian and Kasia. Charlie was nervous when he first met Bird, but Bird, sensing this, approached the little guy by crawling on his belly so he looked smaller. He loved a fluffy little female dog named Panda, his cousin Elka, and his first big-dog friend Merle. As he got older, he became more consistent around other dogs and even got some rough-and-tumble play time with his neighbor dog Oliver and puppy friend Finn.
Bird loved being outside, but not in the rain or snow. He had two coats, but he hated them, and he would roll in the snow trying to remove his winter coat. Rolling was his thing. I will never smell the herb thyme without thinking of him, since he would roll in the wild thyme on our hill so much that he took on a sort of gourmet dog smell. Of course, horrid-smelling things were his favorite roll targets. There is a hill that will forever be known as Shitback Mountain because of an escapade involving huge piles of bear feces enjoyed while we humans were distracted by wild strawberries. 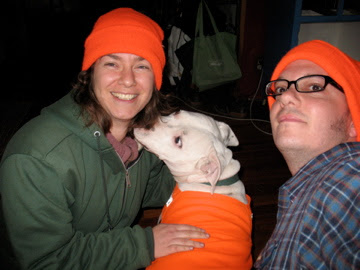 In January, Bird was diagnosed with Cushing's disease, brought on by treatment with steroid medication for an ear hematoma in the fall. We hoped he would have one more happy summer, and he did. Last Wednesday, Bird and I went for a long walk. It was a beautiful day, sunny and breezy, and he trotted along and drank from puddles. That night, he didn't come down for dinner. The next morning, he was lethargic and disoriented. He peed in his food dish and stood swaying with his eyes closed. When he collapsed at the vet, we knew it was time. He died with his head in our hands.
We miss him terribly. He has been part of our life for as long as we have been here, and the house feels strange without the jingling of his collar. I have to remind myself to not call him when I walk in the door, and it is hard to fall asleep without the sound of his snore. We are looking for a new dog to adopt immediately. Bird seemed to know how lucky he was and appreciate the new life he had with us. Right now, there is a dog sitting in a shelter somewhere waiting for the opportunity. I hope we find that dog soon. 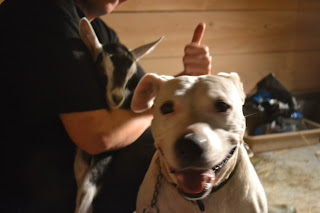 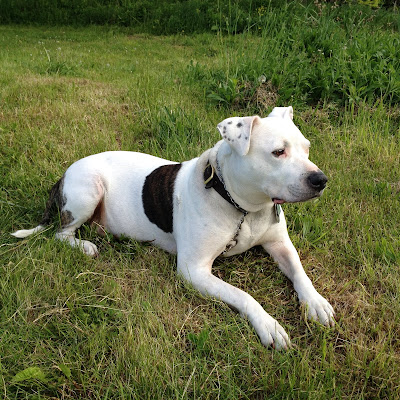 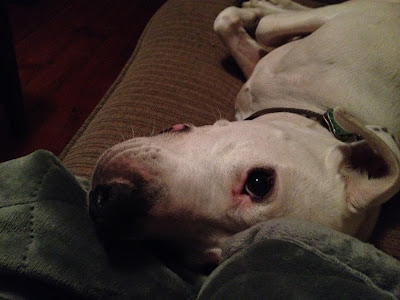 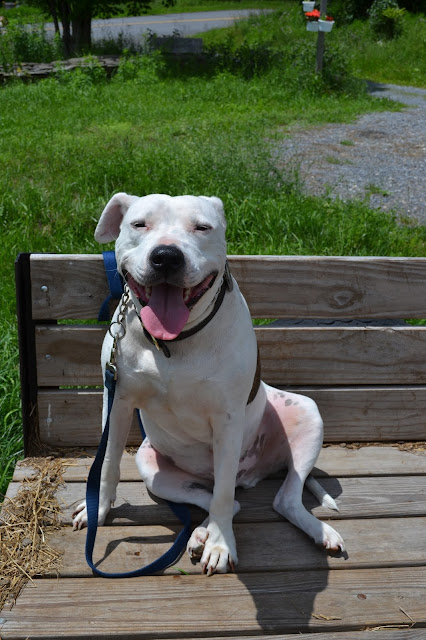 Posted by Cotton Hill Creamery at 10:42 AM