The bad news is that something's been eating our chickens. I noticed that there seemed to be fewer of them, and my suspicions were confirmed when I discovered a slaughtered hen caught in the fence. It was a pretty grisly scene, and we've been on chicken alert ever since. I thought we had lost five of our dozen hens, until one morning, before milking, Farmer Fin hurried me down the hill. This is what he wanted to show me: Unbeknownst to us, one of the red hens somehow slipped away, laid an egg, and sat on it for three weeks until it hatched. Celeste is a mommy! She's a good one, too. It's hard to even get a picture of her chick; as soon as I get close, she spirits it away under her wing or into some tall grass. Chickie Baby follows its mother around all day, eating bugs and chirping constantly. Yesterday Celeste brought it up to the chicken yard and showed it how to eat chicken feed, like a chicken. 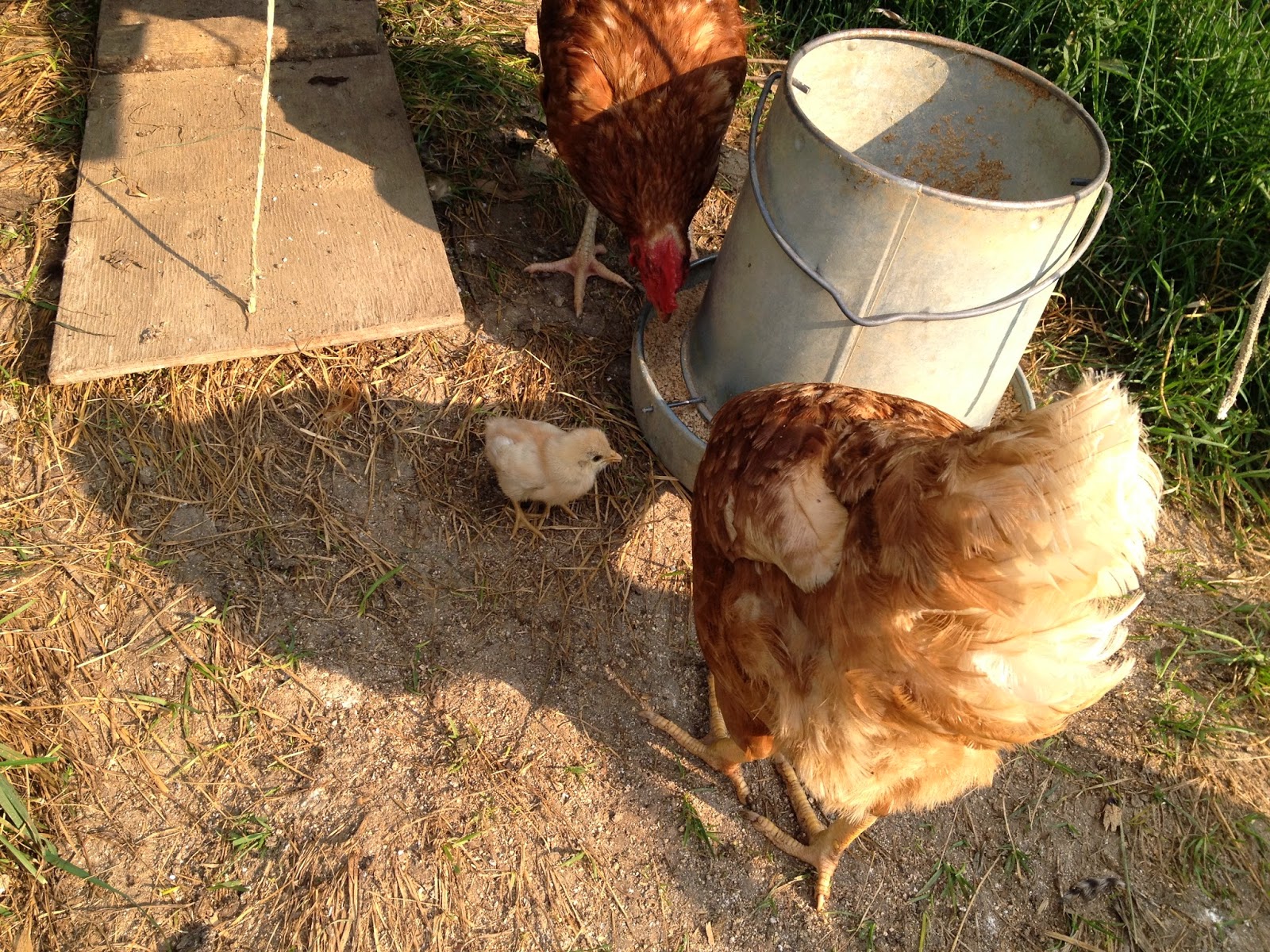 Chickie Baby is adorable, but its a hard world for a little chick. I hope the rooster is looking out for his baby. I also hope the baby turns out to be a hen.
Posted by Cotton Hill Creamery at 11:01 AM